Check Out This Position. Crazy!

I saw this position posted for a level designer at Fat Shark. CLICK

Since this is an on-site & temporary position, we will unfortunately not be able to provide any relocation assistance and won't be considering applications for remote work.

We will be reviewing applications and interviewing candidates continuously throughout the application period.

So they aren't accepting remote work. They aren't going to help you move to Sweden. And after a complete relocation out of your own pocket they're letting you go after 8 months. Seemingly the reward is for the privilege of working with them??

They should just accept remote work if they aren't willing to pay for relocation.  You just know some desperate kid is going to try to make this work.

Your Experience Has Little Value 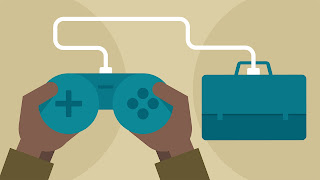 I've been searching for a new position these last few months. I've seen an interesting trend that I didn't expect, and I find it pretty disheartening.


If you've been working at a big AAA game developer more than likely you've been using their proprietary engine.  In my case I was working with Dunia which is a far deviated version of the CryTech engine.  I've worked with this engine for almost 9 years.  My role was to build and script game play areas and missions.  I did not consider however that while I was working with Dunia the industry was changing.

Unreal 4 & Unity made game development so much more accessible for small startups which is was great!  Big AAA publishers are really more of a money machine who's goal is to churn out cash rather than taking risks with innovative ideas.  Giving these little studios access to make something new not only helped them, but it helped the industry as a whole. The competition forces AAA out of their comfort zones and drives the whole industry forward.  So when the time came for me to move on I jumped out into the job market with 20+ years of game development experience expecting that I'd be in demand, but that was the wrong assumption.

Working for 8+ years with a proprietary engine translates to zero experience for most companies that use UE4 or Unity.  They're not interested in dealing with anyone that would need to get up to speed with their production.  They want someone that has been living with their engine daily for years. Sure, I've used UE4 and I can create a map and script it but this is not a major part of my portfolio. I've been building in Dunia and id Tech engines shipping titles like Farcry 5 but this is of no value to them.  I had one developer straight up tell me, "My years of experience means nothing because it was with proprietary engines.  I have no useful knowledge for UE4 / Unity devs."   He went on to say, "You need to be using UE4 every day for 2 to 3 years min."

Let me be frank about this shortsightedness.  Most game engines are similar.  They all basically do the same thing.  For a person to move from one to another does require some time to get up to speed. An experienced designer generally knows what they are looking for, they just need to learn where to find it in an unfamiliar engine environment.  This would take two weeks, maybe three.  After that you then have a designer that has shipped top selling AAA titles since before you even started in the business.  Isn't that worth it?  Are two weeks going to be such a setback?  I shared this feedback with a friend and studio Creative Director he replied, "What a load of bullshit. That excludes so much of the industry workforce." 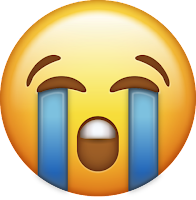 This attitude isn't just in regards to engine experience, its with platforms as well.  People that have worked on PC or console titles are at a huge disadvantage if they're looking to change to mobile or VR development.  Mobile studios aren't interested in console devs and vice versa.  Even within familiar platforms if you've only worked on single play VS multiplayer or if you've never worked on a free-to-play game you're immediately less desirable.  So what are these developers looking for?  I think I've found the answer.

Right now the majority of studios don't seem to be looking for creative, experienced people to help improve their titles.  They want someone who can quickly fill a seat and close some JIRA tasks.  No thinking required or even desired.
Posted by Chad at 12:41 PM No comments: 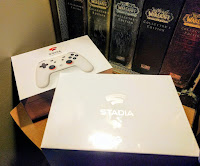 I received a package in the mail yesterday. Kind of forgot I had pre-ordered the Google Stadia back in June. Since we are a developer I thought I should have one. I have to say I was VERY skeptical. I had ordered a Steam Link in the past and expected the same laggy performance.

So I hooked up the Chromecast, installed the phone apps. Our router is in the center of the home on the first floor and the TV I was using was in our basement entertainment area, so wireless. I launched Destiny 2 and it instantly started playing of course with no installing. I experienced zero lag or rubberbanding, and the graphics looked great! It was actually pretty amazing.
Ultimately I wished the subscription service was more like Netflix where you have unlimited access to a game library but that's really a dream service I'm not sure will ever exist.  I've heard with Stadia the subscription won't be required to play games which makes it more like an Xbox Live or Playstation Plus service which makes sense.

Overall I must say I was impressed with the performance.  I'm looking forward to their title choices expanding and I'm optimistic for what's to come from this. 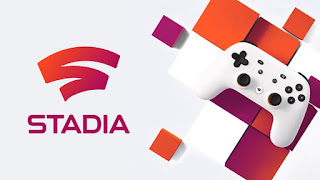 Here's another great talk I wanted to share for those interested in game design.  It's Mark Rosewater who has worked on Magic the Gathering for over 20 years.  He's super easy to listen to and his observations cross into all aspects of games.

The Witcher III is one of my favorite games to date with high hopes on Cyberpunk 2077.  Here is a great video from one of Game Designers over at CD Projekt Red.  If you're interested in game design he really hits the covers some awesome methods for creating good designs.