Return To Castle Wolfenstein Is On Sale

Yes the first game I worked on as a designer is now on sale on Steam.  Maybe it's always on sale I don't know but this was the first time I noticed it at least.  If you're into retro gaming it's a really great old school shooter.  It's still one of the highlights of my career.

I learned a lot working with Gray Matter on it.  I was the last designer Activision had on the payroll when they stopped internal development to focus on publishing.  Gray Matter needed help so I was sent over to help them stay on schedule.  The schedule was an absolute death march, I started overtime in January and didn't see the light of day until November.  I literally missed the entire summer.  I slept on the floor of my office so often that Gray Matter bought me a pillow and sheets.  No joke.

The development process was much different then.  You didn't have tasks really, you were given levels and it was your job to see them to completion.  Your task was to "make it fun." Every day the company owner and design lead would play the level and give you feedback which you iterated on.  Often you were totally free to try anything you could think of if you thought it would make the game fun.  One day I hand scripted every movement of a head bouncing down the stairs (there was no physics) because I thought it would be a nice touch to a spooky area.  In modern game development you'd never really be allowed to take time to do such a thing.  You are given tasks to complete like an assembly line.  Game development today has lost most of that creative freedom.

So it was a terrible death march of endless work but it was also creatively free and fun.  In the end Activision bought Gray Matter and it became Treyarch.  Everyone that worked there got fat bonuses with the buyout except me.  Since I wasn't technically a Gray Matter employee.  So that sucked big time.  After it completed Gray Matter offer to hire me but instead I went to Raven Software with dreams of Hexen in my head.  Considering the insane success of Call of Duty I made another financially bad decision.

Looking through my wardrobe I recall how many Quake games I've been a part of.  Certainly strange to thing that when I was playing Quake 1 I wasn't even part of the game industry.  Things certainly changed. 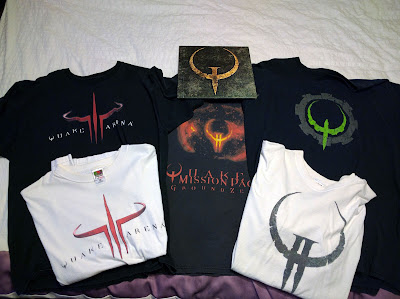 Booted up the old PS2 tonight just for the hell of it.  Loaded War of Monsters and found one of the controllers no longer works.  Bummer :( 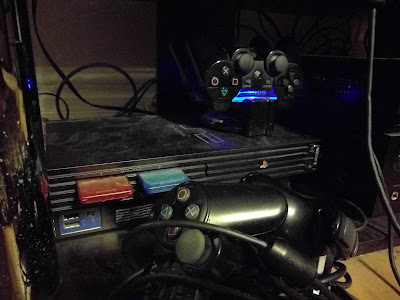 Preparing for the Cold

The chill is happening out there here in Ontario.  In anticipation of the upcoming winter months I decided to clean out my art area a bit .  Believe it or not this is better than it was.  At least I can now actually see the desk. 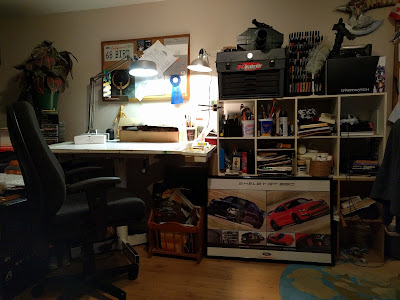