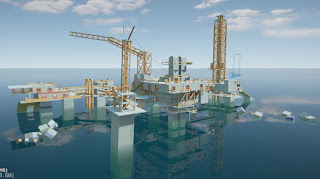 I don't often have time to work on levels outside a production title.  This was a map created for a game that did not end up shipping.  I was pretty sad to lose the work so I jumped in and took a bunch of screen shots and video.  I even saved a max file of it in hopes of restoring it one day.

The layout created some unique AI challenges since it was isolated with nothing be water around it was challenging to bring in any kind of reinforcements.  Also the with the layout having several platforms the AI wanted to run towards the player creating these "death hallways" out of the walkways connecting them.  To solve this I created zones on each platform and scripted some of the AI to defending within these zones.  Thus the player would need to push forward to each platform to clear the area. 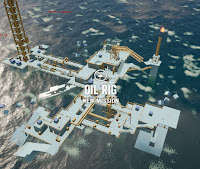 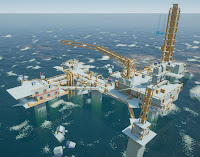 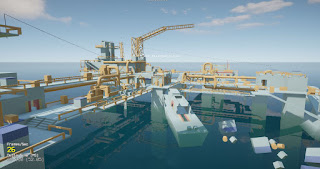 Unreal 4 College Campus Project
I was inspired by some interesting college campus layouts and decided to create a Team DM map.  After 8 years of working with Ubisoft's Dunia engine (which would make you question your career choices) I wanted to get into Unreal create something.

I started with a basic layout in Photoshop referencing my areas of interest. 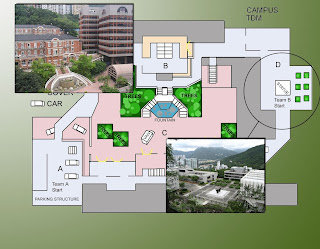 Using various colors I indicated the high, medium, and low areas of the map.  I wanted to explore setting up areas of high cover with low sight lines, verses low cover with high sight lines. 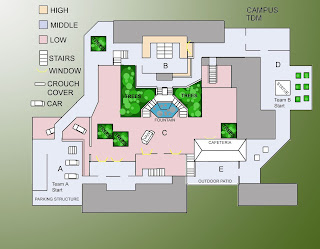 Once the building began I found more buildings and interiors would make it more interesting and adjusted the design.  It's challenging to show the entire layout in a few pictures but I think it turned out to be a nice combat space.  Both teams start on opposite sides of the map and have path choices offering high and low cover options with the map's center being the most dangerous spot.  High sniper areas while powerful offer little cover requiring players to watch their backs.  In contrast areas of high cover offer limited shot opportunities. 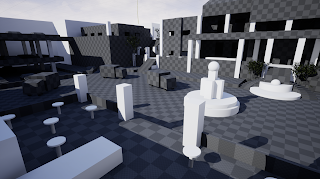 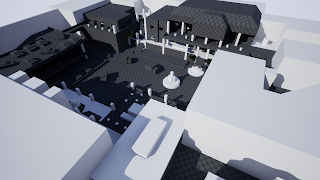 I was approached by the Prodeus team and asked to take a look at their editor.  So I jumped in and was able to very quickly start making a level.  The brush editing and lighting tools are very intuitive, I was able to produce something very quickly.  Here is what I've got in a little over a day and I'd love to finish this map.

While at Raven I often wore many hats.  One of the duties I helped out with was creating modeling world models.  These were created in Lightwave. 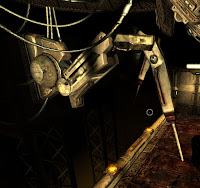 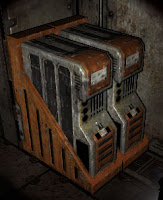 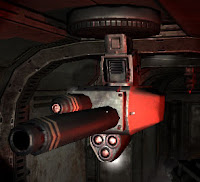 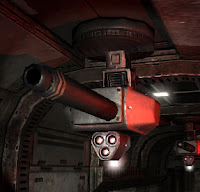 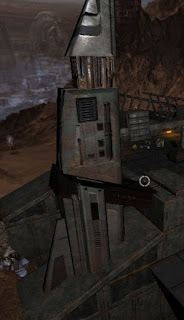