Wow, it has been and incredibly long time since I have updated this blog or even my main web site.  I wish I could say this is because I've been so busy at work but that was not been the case.  Of course I cannot elaborate why but I'll just say the industry is very "dynamic." 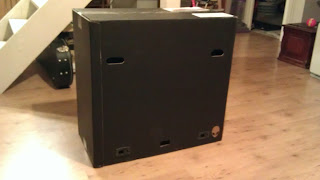 On a personal level I finally got a new PC!!  Yes that's right, no more Pentium 4 machine.  Can you believe I got all the way to 2015 with a P4??  To get this new PC I did the ultimate sin. I did something frowned upon by countless gaming enthusiasts, I clicked "buy."  I didn't do months of researching components and prices in a quest to build the ultimate rig.  Nope I went to Alienware and clicked "buy" on a new Area 51 machine with a 4 year warranty against problems and even damage.  I know, I know I wussed out.  But I built my last 3 computers and I just didn't want to deal with it.  I've always wanted to try an Alienware system and had the means to do it so I did. 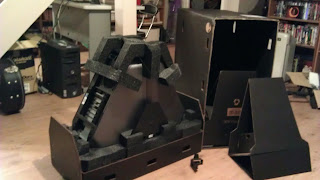 So far there are no complaints about the system itself.  I may have made the wrong choice of video
cards but that's my fault not the system's.  I got dual GeForce 770 in SLI mode.  Sounded cool but really not necessary I think.  My main complaint if I had one is just with Windows 8, man does it suck.  But I get a free Windows 10 when it comes out so hopefully those woes will be over soon.

The main hurrah is just the fact that I can finally play all those Steam games I bought in sale and couldn't run on the old P4.  So far I've installed almost everything and have hardly made a dent in my 2TB hard drive.  The bad part of this is now I'm a little overwhelmed as to where I should begin.  It's like when I used to have enough money to buy two Genesis games.  Ultimately I would play the hell out of one and the other would never get much play time because something newer would come out before I got to it.  So now I've got all these older titles I never tried and also new shiny titles asking for my attention.  So I mainly find myself sitting in from of the machine doing nothing. 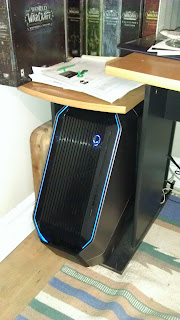 One thing I did not get was a monitor.  My plan is to get two 24" flat screens like I have at work but after buying this machine I need to financially catch back up a bit.  So I'm playing everything on my old ViewSonic CRT monitor and it doesn't seem very happy about it. Gets a little "wavy" at times and I think it's about to pop.  So far things are all holding together.

The biggest reason I did all this is I wanted to play with the Unity engine.  I can't install it at work because of legal restrictions so I needed a machine at home that could handle it.  Once I get my two monitors I can start becoming productive.  I have a few projects in my head and I'm looking forward to future developments.  ;)